A monastery in Tibet

The Almayuda Foundation, in partnership with the Italian NGO ASIA, has contributed to the reconstruction of an ancient Tibetan monastery in Galenteng, a village situated in a valley high up in the Himalayas

Led by ASIA (Association for International Solidarity in Asia), the revival of Galenteng Monastery is the culmination of a programme to improve the material and spiritual living conditions of a nomadic Tibetan community. 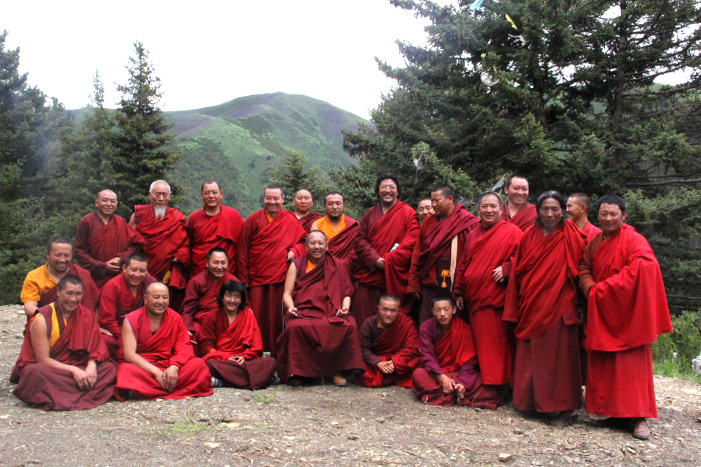 Founded in 1988 and based in Rome, the Italian NGO ASIA focuses its efforts on the conservation, spread and transmission of the Tibetan language, culture and spiritual tradition. A concern shared by the Almayuda Foundation, which partnered ASIA during the reconstruction of a school in Yena Gomba (Sichuan, China) back in 2015. link

On this occasion, the joint project was to set up a hermitage as a place of retreat in Galenteng, one of the oldest monasteries in eastern Tibet.

Built in the 14th century, Galenteng Monastery is one of the oldest in eastern Tibet.

Galenteng is a village perched at an altitude of 4,000 metres in a high valley in Sichuan where 3,000 nomadic yak herders live. It is also home to one of the oldest monasteries (14th century) in the entire region. For centuries, like all the holy places in Tibet, it was maintained by the local populace. Sadly, village communities no longer have the resources to continue to care for them without outside help. This explains why ASIA has, since 1993, been leading a complete renovation, restoration and construction programme for the monastery and the surrounding area (school, college, clinic, historical monuments, etc.). 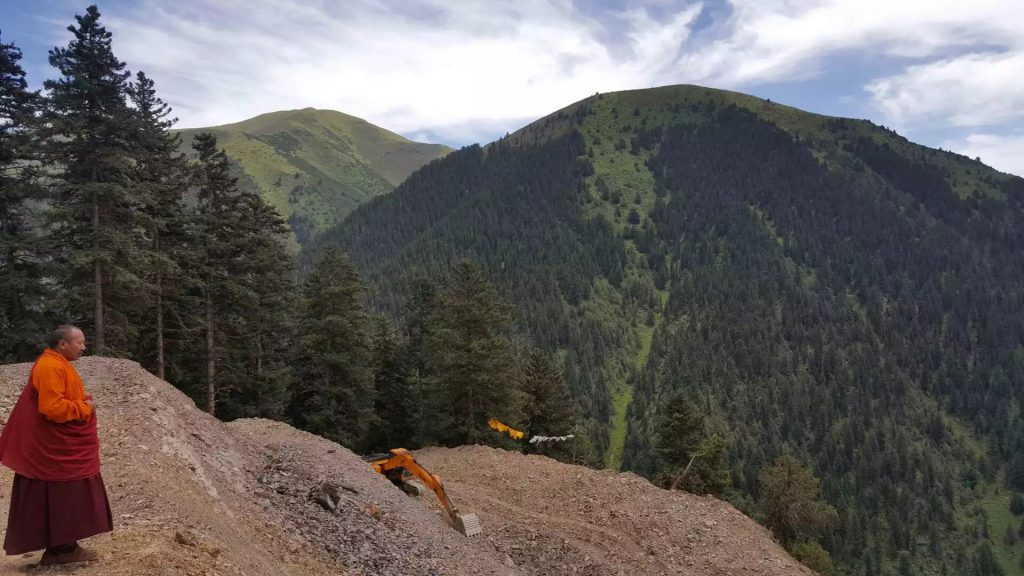 As a logical continuation of this programme, designed to achieve economic and social improvements while safeguarding the Tibetan identity, work on the hermitage remained to be completed. Given over to the practice of meditation and yoga, the important and exclusive heritage of the tradition of Tibetan lamas, this place of contemplation and spirituality is built on the sacred mountain of Shublung. It takes in young students who, after seven years of studying at college, withdraw for a period of four years to cultivate their knowledge and put it into practice.

An indispensable complement to the traditional curriculum, this period makes it possible to train future qualified teachers, be they monks or otherwise, who in turn will be able to work to safeguard and pass on the spiritual and cultural heritage of Tibet.

To consolidate the hermitage, ASIA, with the support of Almayuda and the help of the local populace, embarked in 2016 on the construction of 18 rooms fitted out with tables, beds, stoves, shelves, kitchen utensils, books, etc. Simultaneously, another initiative was set up to maintain the water supply system and to repair the electricity cable. The aim was to ensure that on their arrival, the young students – monks or otherwise – would find the conditions they needed for serene meditation. And to free them from any material demands, ASIA also sought individual sponsors based on the principle of “one sponsor/one student”.

Completed in June 2017, the building, constructed by local Tibetan carpenters, scrupulously respects the traditional architectural style and materials: wood, stone and earth. The wall paintings of the old 14th-century temple were restored, as were the stupas and other ancient monuments. 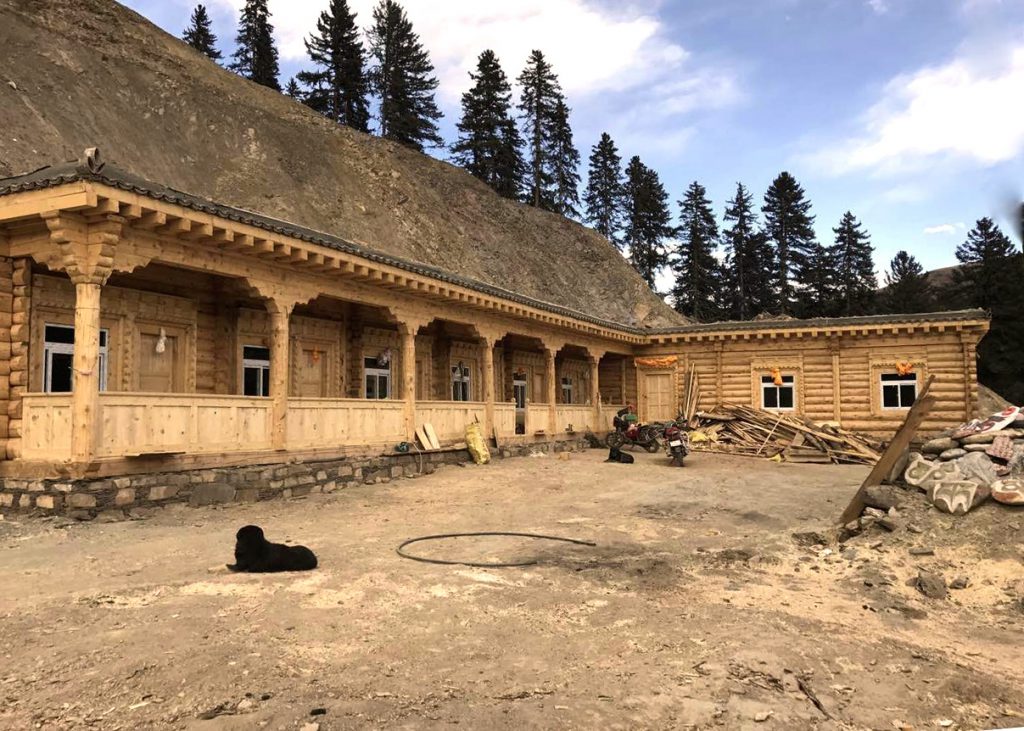 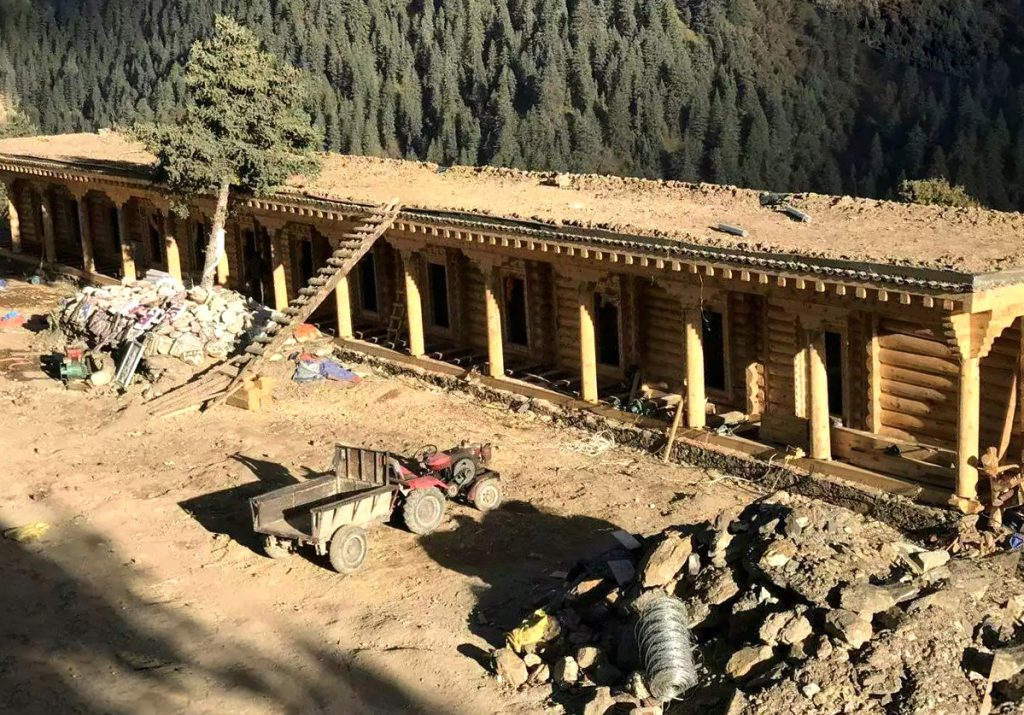 The villagers, who were mindful of helping to preserve their spiritual heritage, were fully committed to the works and participated throughout.

At its opening, the new hermitage welcomed 16 students, a teacher and his assistant. But with 23 rooms rather than the initially planned 18, it will be able to take in more in the future. 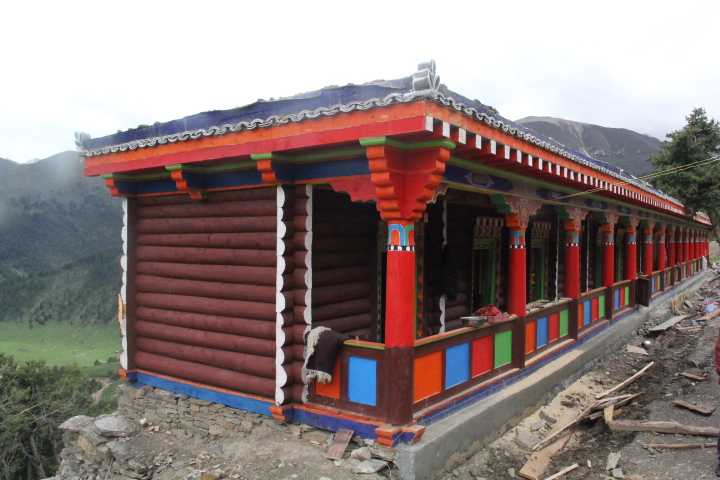 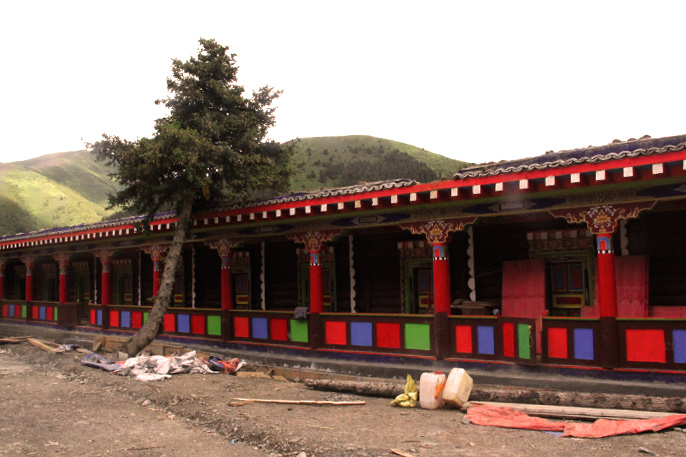 Still to be built is a small temple that will be useable as a classroom, and ASIA is already looking to raise funds for this new undertaking (see useful link).