John Cohen and the Q’eros

From support for the eclectic American artist to an encounter with an Andean community, the Q’eros of Peru.

American photographer, director and musician, John Cohen who died on September 16 2019, was also a friend of the Q’eros, the last incas of Peru. The Almayuda Foundation, which supported the artist, is committed to this community.

John Cohen has travelled from university to the Altiplano of Peru, taking in New York and its counterculture along the way, and is a multitalented artist: a folk musician and a member of the New Lost City Ramblers, he is also a filmmaker and was the photographer of the Beat Generation.

John Cohen completed his studies at Yale University (USA) in 1957 with a thesis that looked at weaving in Andean communities in Peru. To write it, he spent six months living in the high plateaux of the Andes alongside the Q’eros, often regarded as the last guardians of Inca traditions. And he returned time and time again, always with his camera slung over his shoulder and his Nagra recorder in hand.

His works raised awareness of Q’ero culture, as well as the challenges that this 2,000-strong community of people face to survive and ensure the continuation their traditions and culture. 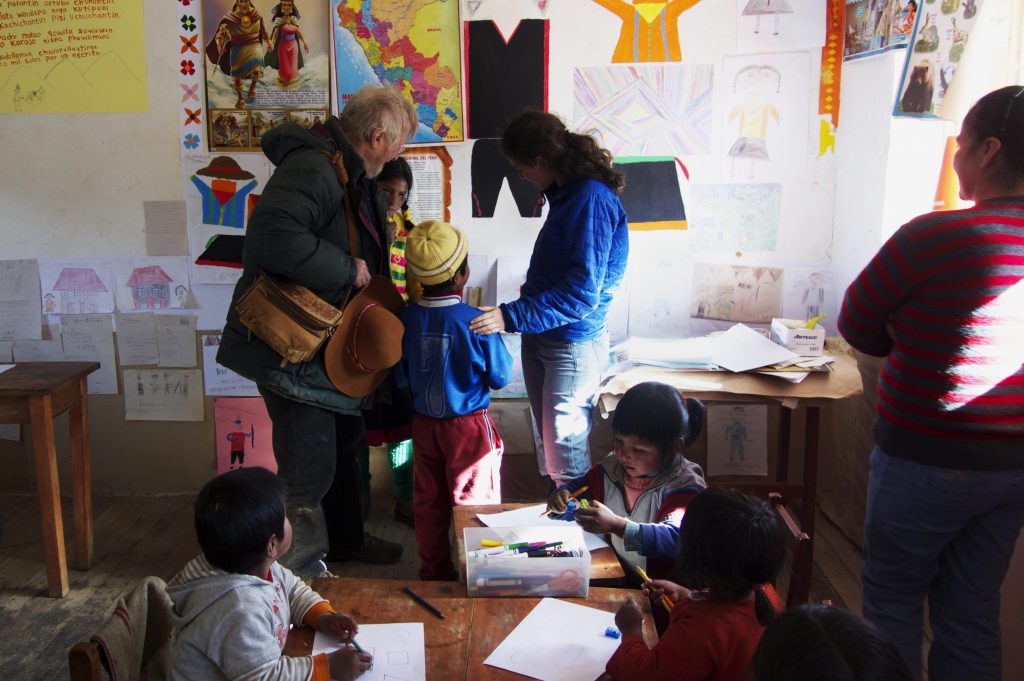 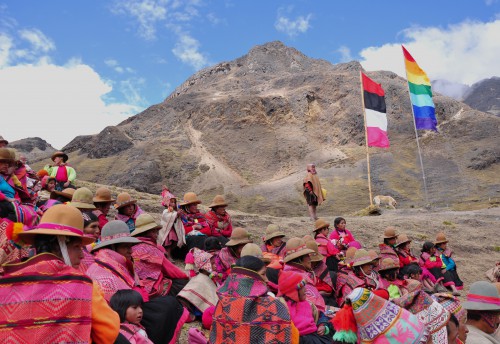 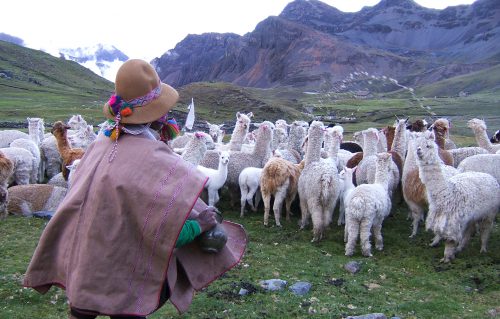 In 2011, Cohen was invited to Résidence [43.5]. While he was there as an artist in residence, with sponsorship from the ALMAYUDA FOUNDATION, the director of La Non-Maison, Michèle Cohen, organised an off-site exhibition in Paris, in which he presented his photographs of the Beat Generation, evidence in black and white of an era in which he too played an active part on the music scene in the Village in New York, where he and Bob Dylan moved in the same circles.

Holly Whissler and the llamas

Another encounter emerged from Cohen’s time in Aix-en-Provence, in this case with the American ethnologist Holly Whissler, an authority on the life and culture of the Q’eros. The ALMAYUDA FOUNDATION decided at that time to establish its first initiative to support this community and gave them a number of llamas. In supplying these valuable creatures that the Q’eros use as pack animals and as a source of wool and meat, the team in charge of ALMAYUDA FOUNDATION forged a lasting relationship with the community.

He spent six months living in the high plateaux of the Andes alongside the Q’eros, often regarded as the last guardians of Inca traditions.

Later on, ALMAYUDA met Hannah Rae, the founder of the NGO Willka Yachay. Like John Cohen, Rae travelled to the Andean high plateaus for her end-of-course research. And like him, she was soon inspired by the Q’eros, as she admires the warmth, tenacity, honour, wisdom, humour and love with which they tackle the daily adversities they face.

To help the youngest Q’eros learn about their history and their rights, build a life full of meaning and develop their community, Rae has set in motion numerous projects through Willka Yachay, among them schools, a weaving co-operative and initiatives on alternative energies, cultural preservation, in particular traditional music, and food security. 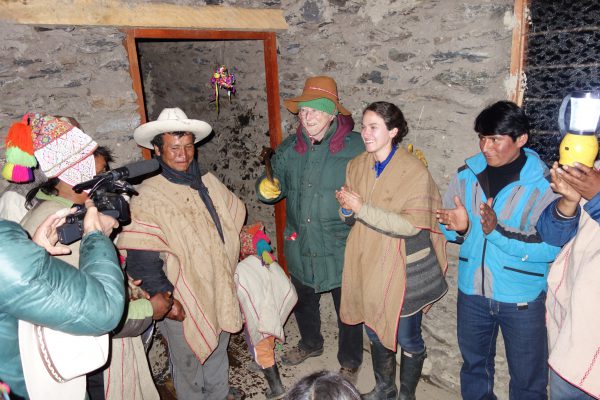 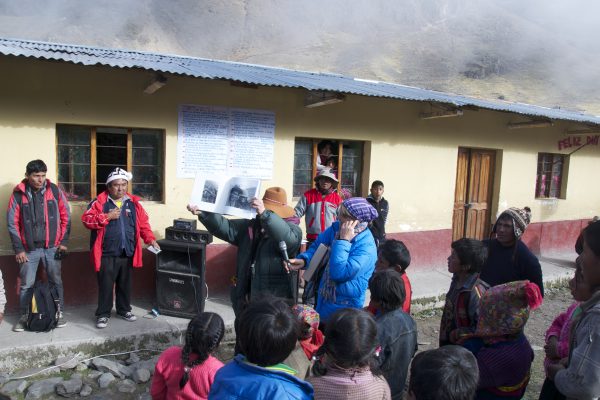 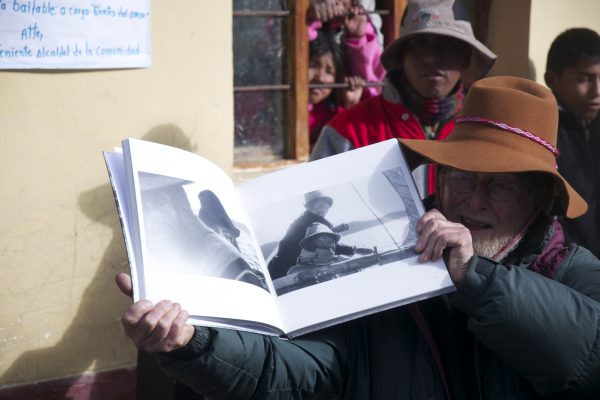 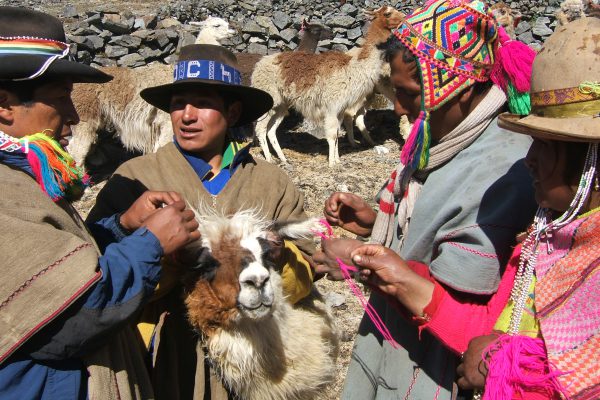 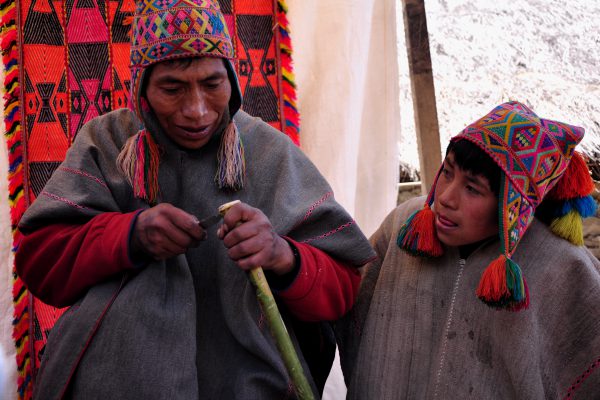 Won over by the sincerity of Hannah’s commitment and by the effectiveness of her organisation, the members of ALMAYUDA agreed with Willka Yachay that the foundation would equip a library with computers. This amenity, used above all by 200 children and their families, is intended to improve the level of literacy in the community.

At the same time, Rae met Cohen in New York, and they spoke at length about the best way to preserve the ancient culture of the Q’eros. This led to the idea of conducting an ethnographic project involving interviews with the elders in the community, photographs and recordings of music and traditional ceremonies.

This approach is of special interest to the ALMAYUDA FOUNDATION because it combines an educational development project and the continuation of an ancient culture in the best possible way.