Helping the people of Saranthali and Yarsa in collaboration with Asia Onlus.

After the earthquake that devastated Nepal in April 2015, the ALMAYUDA FOUNDATION helped the Italian NGO Asia Onlus to build shelters for people living in Saranthali and Yarsa, two villages in Rasuwa District. 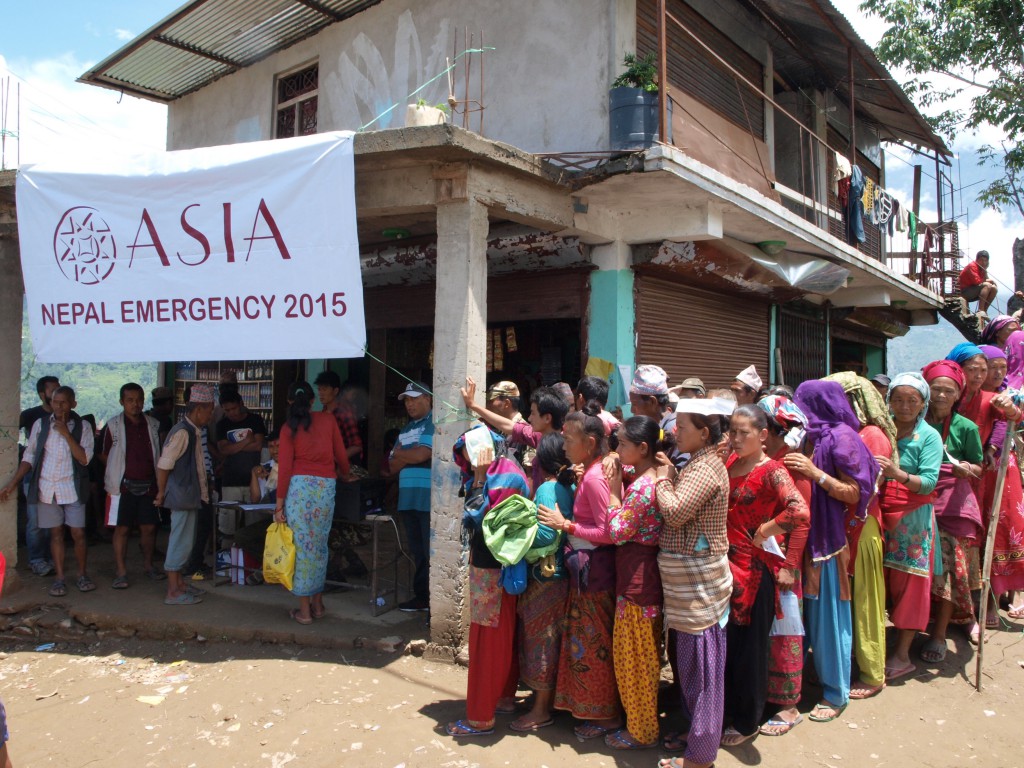 On 25 April 2015, Nepal was ravaged by a strong earthquake. Thousands of people were killed and numerous buildings and other infrastructure were destroyed. It was a heavy blow for this small country which, thanks to tourism, agriculture and international aid, was beginning to recover from the civil war between 1996 and 2006.

Even in an absolute emergency, priorities must be established!

In response to the emergency, Asia Onlus, which has had a presence in Nepal since 1996, decided to take action in Rasuwa District, in the centre of the country, 210 kilometres and seven hours by road from Kathmandu. This area of the country is largely unknown because it is inaccessible.

A quick assessment revealed that the residents in two villages, Yarsa and Saranthali, were in dire straits. The roads had collapsed and families’ provisions, seeds and personal effects were buried under the rubble of their homes. The most pressing immediate need was to provide shelter for families in refuges capable of withstanding the next monsoons. 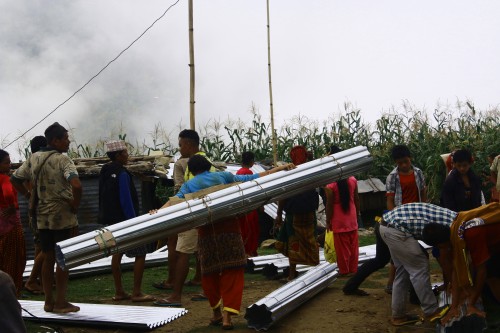 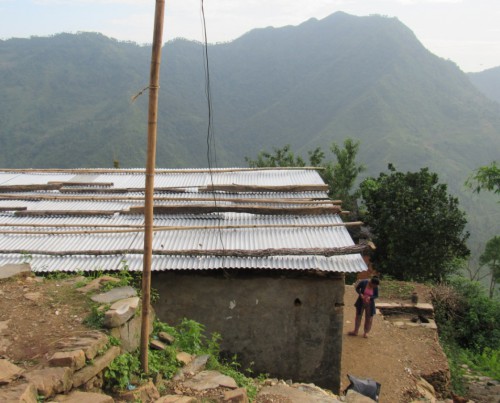 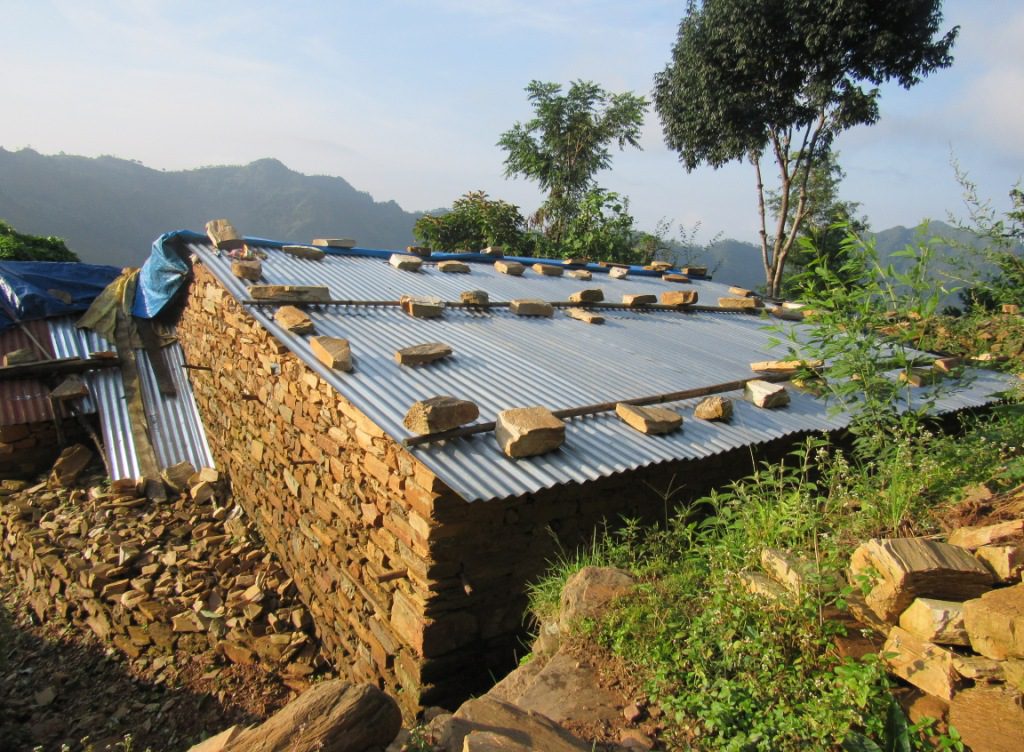 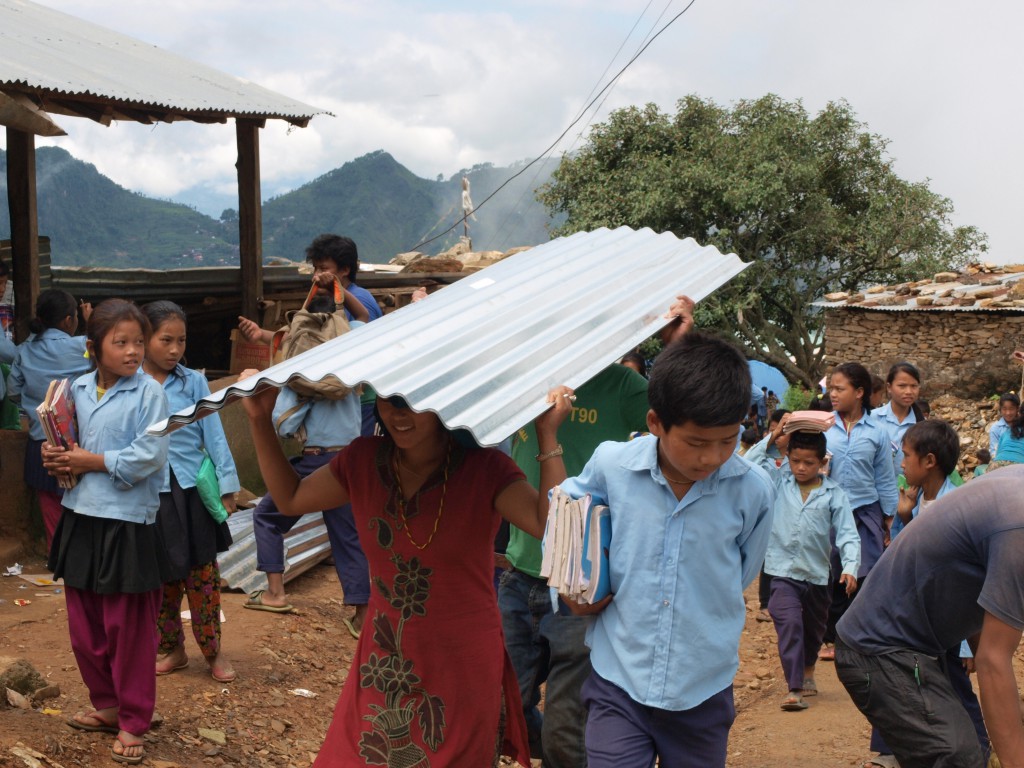 Yarsa and Saranthali have over 2,600 residents and almost all of them urgently needed a safe shelter that would enable them to devote themselves fully to planting rice, because although the monsoons are destructive, they add to the fertility to the soil
The decision was made to work first in Saranthali and then to take action in Yarsa later on. Even in an absolute emergency, priorities must be established!

The 821 families in Saranthali received a refuge kit consisting of sheets of corrugated metal, metal wire and nails for building the roofs of their shelters. For the columns and walls, materials available in the area were used, such as stone, bamboo and wood. In order to stimulate the local economy, all the building materials and each family’s kitchen equipment were purchased in Nepal following an invitation to tender. An engineer recruited for the mission provided ongoing assistance during the construction work to ensure the shelters were capable of withstanding the monsoon rains.

Given that it was essential to build safe shelters and to plant the rice as soon as possible, there was no-one available to demolish buildings damaged by the earthquake. People’s safety was ensured by carefully marking out and signposting all the dangerous spots. Children’s areas were set aside and the roads were made safe for transport and for people and vehicles.

In three months, the mission was accomplished! It was a race against time in which the ALMAYUDA FOUNDATION supported the professionalism of Asia Onlus.