Inventing the World in Images

That was the name of a workshop on photography and the image organised within the framework of the Biennale Benin 2012 thanks to the ALMAYUDA FOUNDATION.

The Biennale Benin 2012, curated by Abdellah Karroum, took place between November 2012 and January 2013 in Cotonou, Ouidah, Porto-Novo and other cities around the country. The event mobilised almost 40 artists, most of them African, as well as eleven associations and collectives of artists, international curators and universities, around the theme of “Inventing the World: The Artist as Citizen”. Within the framework of the Biennale, a workshop on the photographic medium was organised and led by the Afrique in Visu association in Ouidah in August 2012.

“Inventing the World in Images” brought together five trainers and ten participants, all of them from Benin, who were selected on the basis of their portfolios. Among them were students, image professionals, young artists, painters and plastic artists. The training took place at the Ouidah Tourist Office, which had granted the use of its premises. The students shared a number of film and digital cameras.

Participants’ committed involvement, their desire for autonomy and the positive conditions in which the workshop took place made it possible to work on a case-by-case basis.

Every morning, one of the trainers explained their personal artistic approach and production technique. This presentation was followed by a question-and-answer session. In the afternoon, the course participants and their trainers would go out in small groups to take photographs on the theme of the Biennale, “Inventing the World: The Artist as Citizen”. With each shot, the trainer would give advice intended to improve the student’s technique.

Participants’ committed involvement, their desire for autonomy and the positive conditions in which the workshop took place made it possible to work on a case-by-case basis. Each person was able to focus their work in accordance with their level of skill and their daily artistic practice. 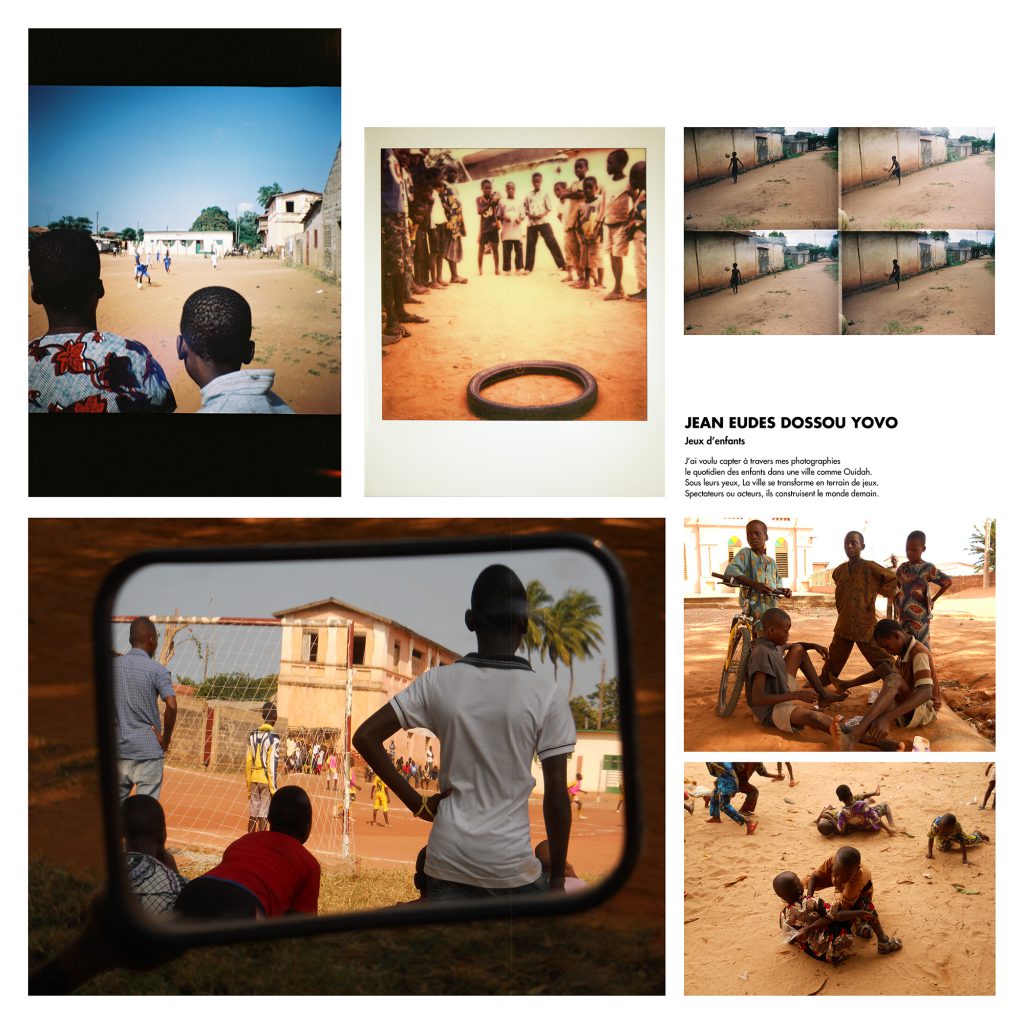 At the end of the workshop, the students had acquired a technical grounding in film and digital photography and had developed their artistic eye thanks to the advice of the photographers who trained them.
The quality of the photographs made it possible to select a series of the images taken and show them in an exhibition in Ouidah during the Biennale, the culmination of a founding project for young African art that ALMAYUDA was pleased to support!