From Working for Change to Before Our Eyes

Follow-up to the article on Abdellah Karroum, who founded L’appartement 22 and launched the “Expeditions to the End of the World”.

Abdellah Karroum entered the world art ‘circuit’ thanks to L’appartement 22 and since 2013 has been the director of the Mathaf: Arab Museum of Modern Art in Doha (Qatar). He has taken part as a curator in a number of major international art events: the Venice Biennale (Italy); Dak’art, the Biennale of Contemporary African Art in Dakar (Senegal); the Gwangju Biennale (Korea); La Triennale at the Palais de Tokyo in Paris (France); and the Biennale Regard Benin. The ALMAYUDA FOUNDATION has supported a number of his projects, in particular Working for Change, at the Venice Biennale, and Before Our Eyes, an exhibition mounted at the MACBA (Barcelona Museum of Contemporary Art).

“L’appartement 22 has been widely emulated in Morocco. Abdellah Karroum has succeeded in unsettling the excessively established codes of the Moroccan art system by giving a voice to the artists there. With the website, radioappartement22 and the publications issued by Editions Hors’champs, he has offered his artists much greater visibility… Even so, the questions raised within L’appartement 22 by artists and curators are not exclusive to Morocco. On the contrary, they are matters of concern shared beyond Morocco’s borders. Sacha Guedj Cohen: “L’appartement 22 (2002 – 2014): un centre d’art indépendant au Maroc”.

To cross borders, L’appartement 22, its artists and their messages have taken part in various biennials, necessary journeys to connect with the international scene.

In 2011, they devoted themselves to one of the pavilions at the Venice Biennale. Their project, Working for Change, was financed by private contributors, among them the ALMAYUDA FOUNDATION. 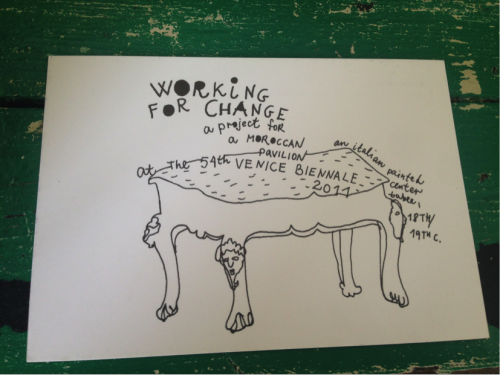 Working for Change is the project proposed by Abdellah Karroum for the Moroccan Pavilion at the 54th Venice Biennale, held in 2011.

Working for Change is also a research and action initiative in which the table is the central element. It is posited as a place for sharing ideas, food and projections: an evolving framework that encompasses artistic production and its role in transforming society.

Specifically, everything happens… elsewhere and differently!

Whether it was a question of resources or opportunities, or perhaps a wish to affirm the project’s place outside traditional institutions, Karroum installed Working for Change in a warehouse on the island of Giudecca, not in the Giardini alongside other pavilions. This location is developing into a meeting ground for a considerable number of artists at the Biennale, notably those representing Africa. 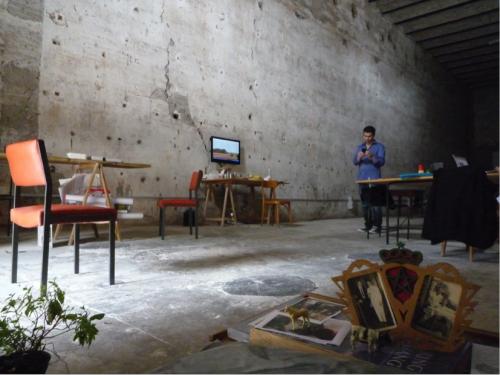 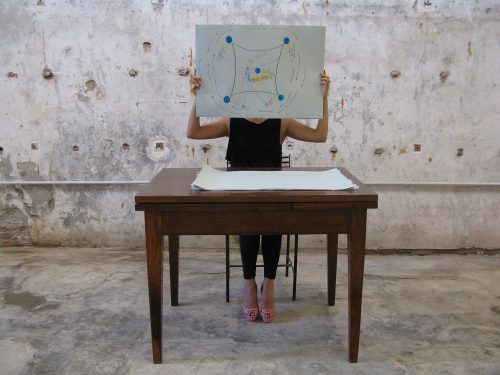 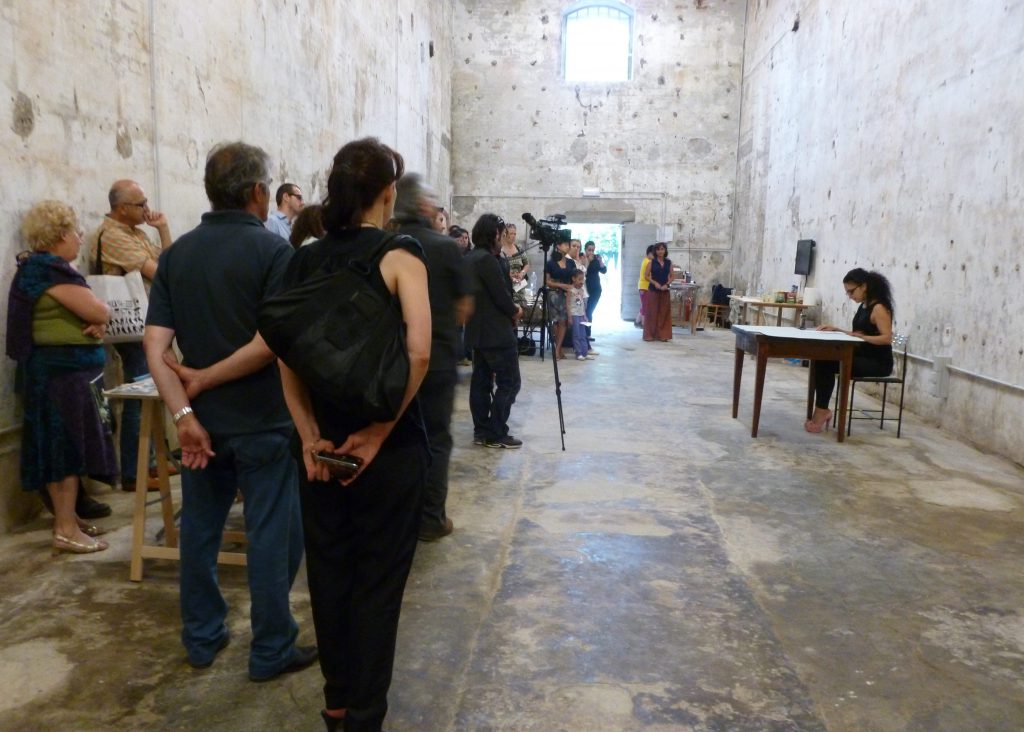 During the opening week of the Biennale, Working for Change brought together the artists of L’appartement 22 around the same table. One after the other, they each took their turn to place their affairs on this table, shared the same sets of problems, and debated among themselves and with visitors with a view to proposing solutions to bring about change.

The table was a place of work offered by Karroum to the invited artists (Catherine Poncin, Ismaïl Bahri, Gabriella Ciancimino, Tomas Colaço and others) involved in the project, which combined the practice of art as research and its emergence as active production.

After the first week, the table remained, as did the writings in the form of books and posters, traces of the passing-through of L’appartement 22 and its community, evidence of the link between the local (Morocco) and the global (Venice and hence the artistic world).

The exhibition Before Our Eyes: Other Cartographies of the Rif, the third part of the exhibition of the same title that began at the Kunsthalle in Mulhouse, ran from January to May 2014 at the MACBA (Barcelona Museum of Contemporary Art). Its origins lay in the artistic “Expeditions to the End of the World”, in which Abdellah Karroum invited exhibition curators, art critics and artists to embark on a journey, thereby enabling cultural exchanges and the forging of collaborative networks to take place. 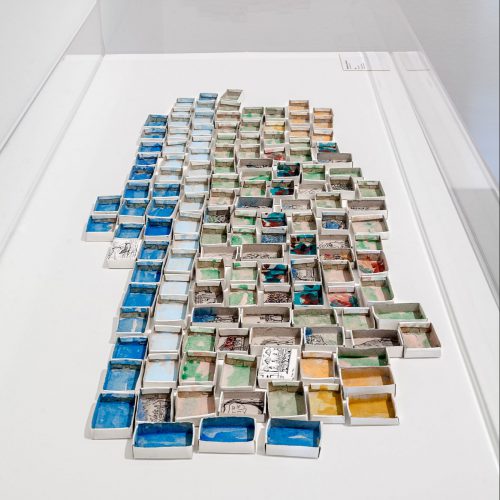 « Before Our Eyes: Other Cartographies of the Rif » is, then, an account consisting of the testimony of artists in the L’appartement 22 community who had spent time in the Rif Mountains, but also of new works and publications, the reading of which encompasses both the place where they were produced (living space) and the space where they are displayed (museum).

Why the Rif?
Because its position as a gateway to Morocco and Africa has made it an important strategic and military target. Prior to 1956, Spain’s occupation of the Rif was marked by violence, on occasions extreme violence, towards the local populace, which was of Berber origin and consisted of many different peoples and cultures that had settled here over the centuries.

It was to this authentic and historically charged territory that the artists of the “Expeditions to the End of the World” set off. They brought back a new map, a new ‘state of things’, expressed in different ways. 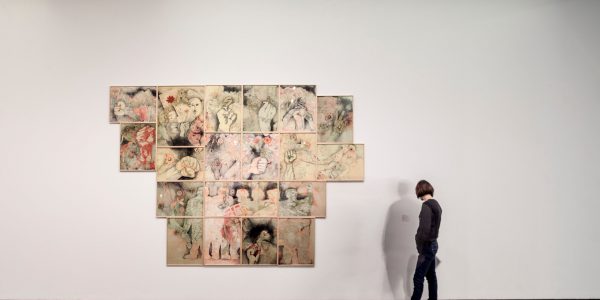 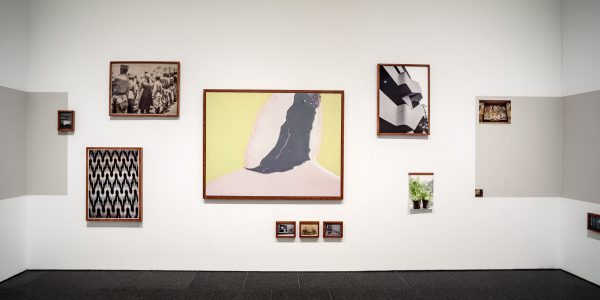 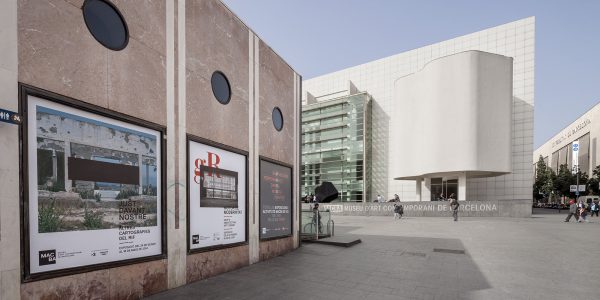 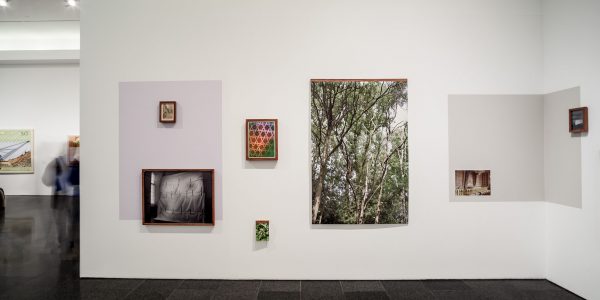 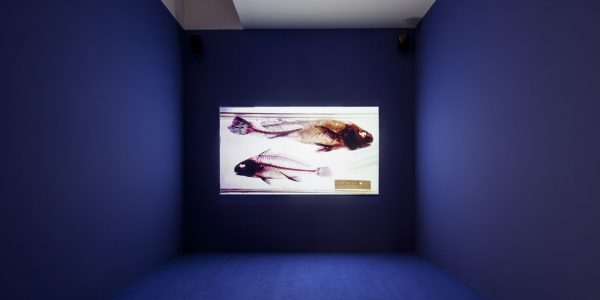 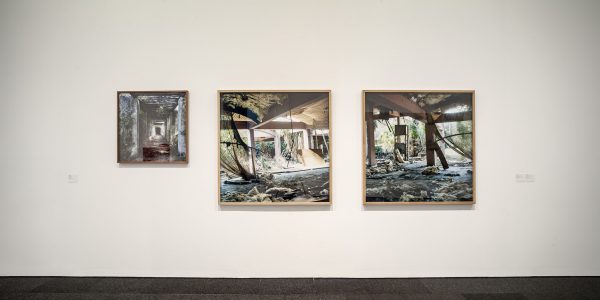 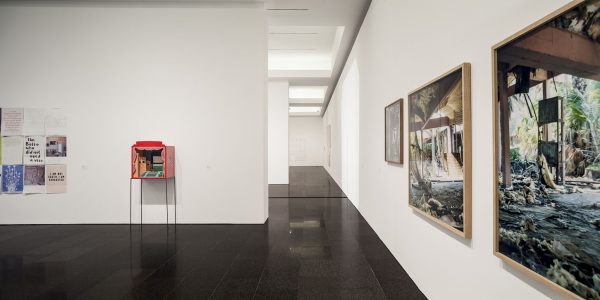 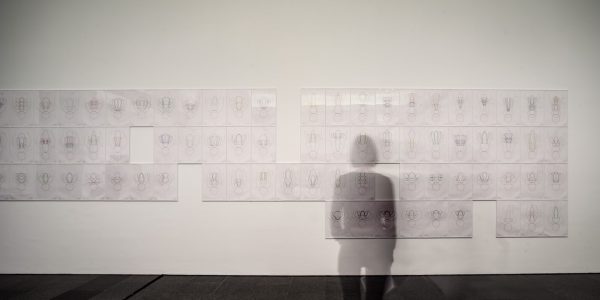 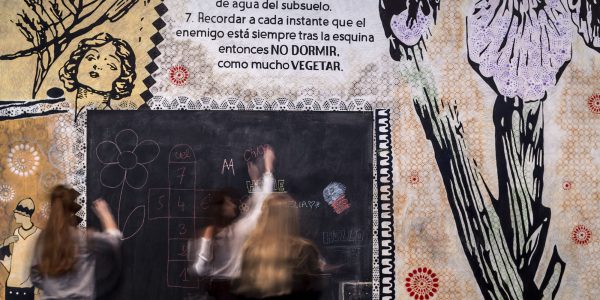 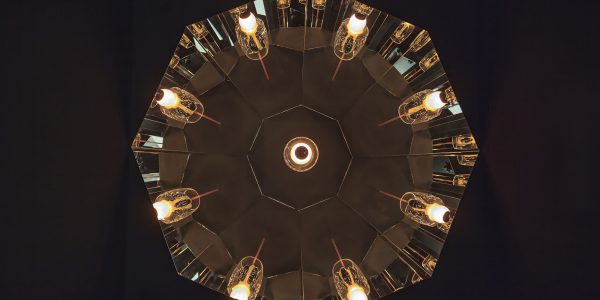 In stones by Beni Boufrah, and in a mappa mundi drawn by hand by Younès Rahmoun.

In Gabriella Ciancimino’s project built around groups of women in Morocco, Catalonia and Italy, which constitutes a reflection on migratory flows through the connections drawn between botany, women and their education.

In the film Hand-Me-Downs by Yto Barrada, the comic strip by Francesc Ruiz, the photos taken by Grace Ndiritu, the boxes of matches by Mohamed Larbi Rahali, the fabrics featuring bank notes by Mustapha Akrim, etc.

« Before Our Eyes: Other Cartographies of the Rif » was the third in a series of exhibitions, the first two of which were shown at the Kunsthalle in Mulhouse. These three parts made up a body of encounters, discussions and publications on topical issues that extend beyond the exclusive realm of art. Encompassing history, geography, sociology and even anthropology, the exhibition explored numerous disciplines, which were questioned by the works of the artists selected and brought together by Abdellah Karroum.

The exhibition, presented in Barcelona by the curatorial partnership of Soledad Gutierrez and Abdellah Karroum, was the result of a major collaborative effort between the artists, the MACBA and L’appartement 22. It was the culmination of a long and in-depth mission. The works presented were not isolated pieces that had been grouped together; instead, they were pieces worked on as a whole, producing an end result which was, therefore, coherent.

Before Our Eyes was the subject of a book-cum-catalogue with an introduction by Sandrine Wymann, Director of the Kunsthalle in Mulhouse, Bartomeu Mari, Director of the MACBA, and Abdellah Karroum. This accompanying volume was published thanks to the support provided by the ALMAYUDA FOUNDATION. 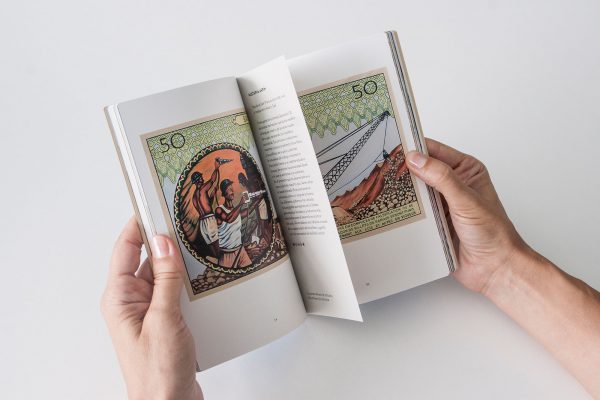 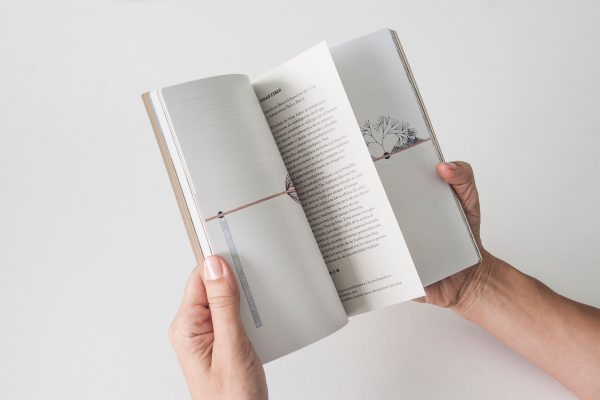 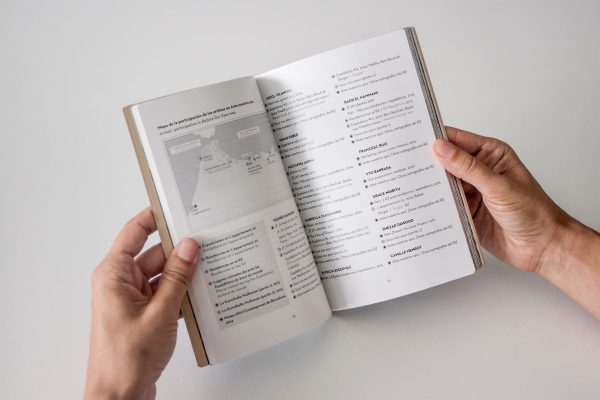 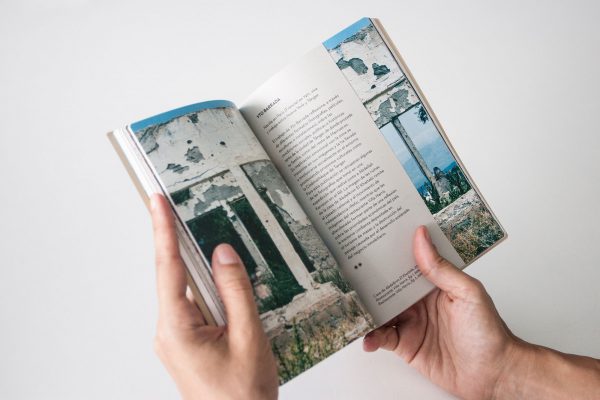 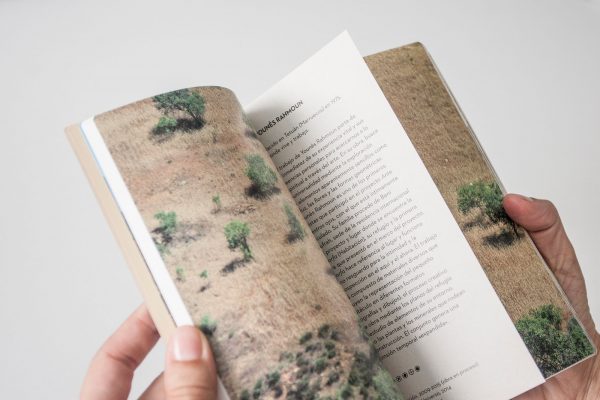 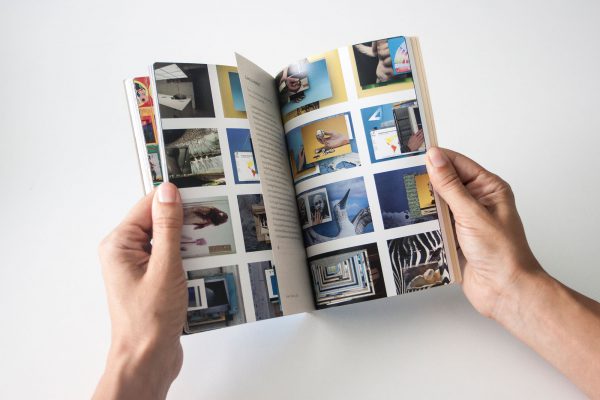 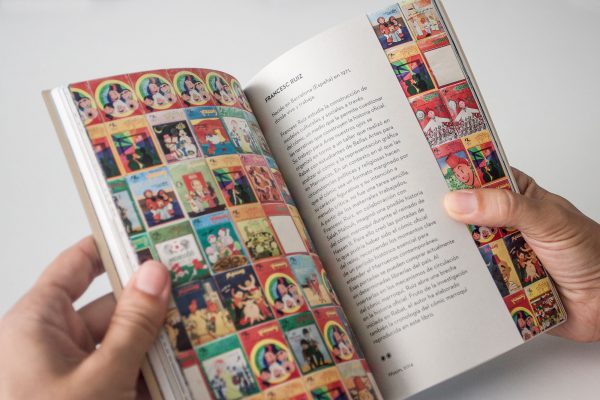 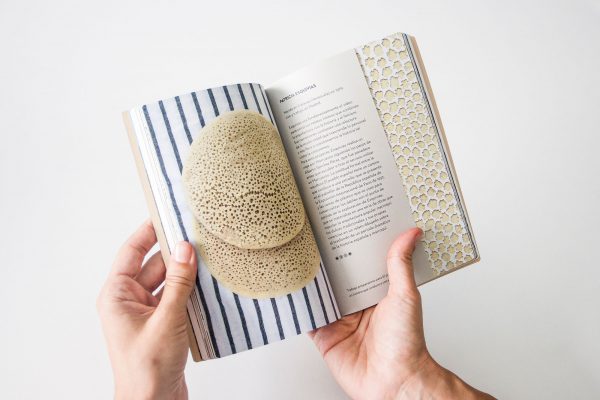 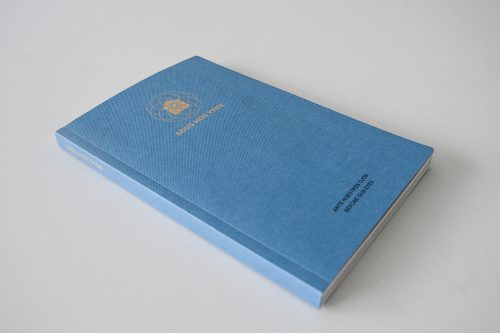 Go back to the first article: “From L’appartement 22 to the Rif Résidence”